Colonial Period and its affect on the Mid-century: Jamestown

Hampton Roads has many ties to the 17th and 18th century, arguably being the birth place of the United States. During the mid-twentieth century, Hampton Roads was in the grips of colonial revival. This is most evident today with the popularity of colonial-style buildings in the area that were built during the era, but can also be seen in the amount of colonial style furnishings that appear in local second-hand stores.  In order to understand why Hampton Roads was so crazy over the style vs. french provincial, mediterranean, mid-century modern, or other styles of the period, we have to understand the importance of the 17th and 18th century to the area. Today begins a 4-part series on the colonial era and its effect on mid-century Hampton Roads, particularly the Peninsula. This series will include articles on Jamestown, Williamsburg, and Yorktown (each of which had at least one major celebration during the mid-century) and the Colonial Parkway, which connects them all.

We begin with Jamestown. As we learned in school, in 1607 the first permanent English settlement was founded in North America here at Jamestown. In 1957, Jamestown celebrated its 350th anniversary and Virginia celebrated the event with an 8-month-long "Jamestown Festival." During this time over a million visitors came to Jamestown, including then-Vice President Richard Nixon and Queen Elizabeth II.

Although the events surrounding the 1957 celebrations did not fully take into account the perspectives of the Native Americans and African Americans, they still made many lasting historical contributions to the local history and infrastructure. Organizers worked on a variety of projects including "microfilming colonial documents from England, publishing a series of thirty-two historical booklets about the colony written by prominent scholars, (and) excavating part of the town on Jamestown Island." The state also built the "Jamestown Festival Park," now known as the Jamestown Settlement, a living-history museum that included recreations of the three ships that brought the colonists to the island, James Fort, and a Native American village. This park created a "detailed presentation of the past, demonstrating everyday aspects of colonial life such as what people ate, how they dressed, the types of homes they lived in, and crops they grew." The facilities were recently updated for the 400th anniversary in 2007. The Jamestown Settlement and Historic Jamestowne Island National Park are both open to the public and show that the efforts put into the parks in the mid-century were not in vain. By building upon what was created in the 1950s, both museums now better reflect the views of all of Jamestown's residents and help visitors to understand what life was like in the 17th century.


Sources:
www.wikipedia.com
www.encyclopediavirginia.org
Posted by Will at 5:55 PM 1 comment: 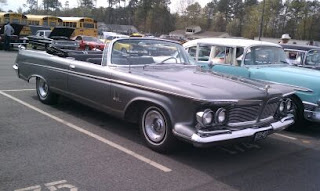 Today, I participated in my first car show ever, the YHS Falcon's Car Show, with my '63 Mercury Comet.  York High School puts the show on to help fund their After-Prom Event.  Festivities ended early due to rain, but a good time was had by all who came before then.  There were a lot of great stories to be heard at the show and it was filled with a lot of retro eye candy.  I've always loved going to car shows and hearing the stories of the owners and making connections.  I highly recommend going to one if you've never been. 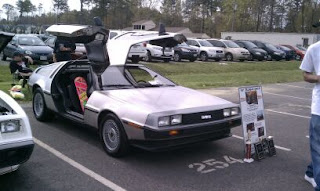 Pictures:
1962 Imperial Crown Convertible
1981 DeLorean DMC-12 signed by Claudia Wells (actress who played Jennifer in Back to the Future)
Posted by Will at 8:54 PM No comments: 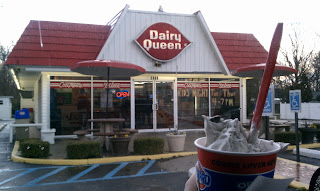 This, the first Dairy Queen on the peninsula, opened it's doors in 1968.  For roughly the first 25 years of it's existence it was only open for three-quarters of the year, the owners closing it every winter to go down to Florida.  They lived in the mobile home on the property behind the restaurant.  Starting in the mid-90's ownership changed and DQ was opened year round.  By the beginning of the 2000s, the restaurant began to look run down and show signs of it's age.  A remodel was done that updated the restaurant, but stayed true to the original 60's style.

The restaurant serves all the traditional DQ menu.  On my recent visit I bought a Blizzard, one of my all time favorites.  The service was friendly and quick, though I felt the price was a little much for what I received. 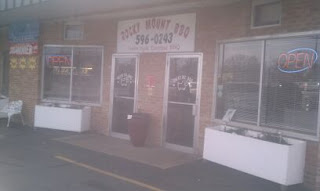 On a slightly overcast day in February (hence the outside picture), I went to the Rocky Mount BBQ to try this Newport News landmark. When I walked in the decor was clean, but a little dated (very 1990's arts and craft/country style, not awesome mid-century). I found my server very helpful, and she gave a free sample of their famous BBQ.  It was so delicious that I ate it before I had a chance to take a picture of the meal.  If you're looking for a good BBQ in Newport News, I'd recommend this place.

Be sure to check out their website for their menu and pricing information below. 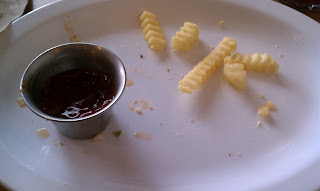 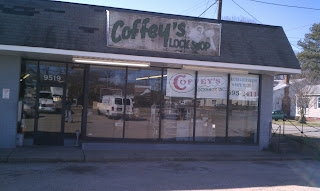 Mendel Coffey didn't realize in 1958 when he opened his shop on 25th street in downtown Newport News that he was creating a local institution.  In 1959, he opened a second location in the Center Avenue Shopping Center, now its only location, on the corner of Warwick Blvd and Center Avenue.  Recently, I purchased a 1963 Mercury Comet which was missing a door key, and asked around for the best locksmith in the area to have one made.... Seven people recommended Coffey's.  The first thing I noticed when I can into the door was the amount of vintage keys they have in stock.  I even found original keys for the Comet.  I was so excited!  The service was a little slow, however the price was reasonable... $18 to have a key made for my door and $6 a the vintage Mercury blank.  I must agree that Coffey's is probably the best locksmith shop around! 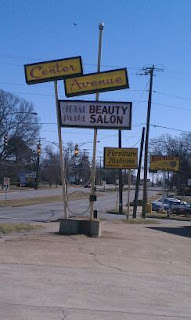 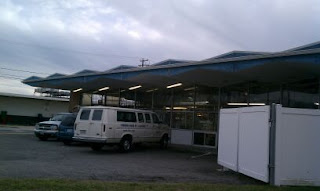 The Ames family started their cleaning business in Hampton in 1961.  From the beginning, it was known by locals for it's quality of service.  Ames was so successful that within 20 years they had expanded to two locations and a tuxedo rental.  I have been unable to find more information about the shop's history, and my message to the owners was not immediately returned. 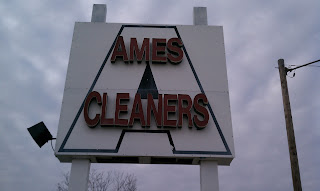 Recently, I took my winter coat to the Mercury location be cleaned.  I found the service to still be exceptional and the employees to be very helpful.  The cost was reasonable and turnaround was very quick.  I was impressed and would recommend them to an employer.  Great place with cool retro look.

*I would avoid this location.  I didn't feel comfortable in this area alone.

**I rented a tux from them about 10 years ago.  They had great service and products then, but I don't know anyone who has used them lately.
Posted by Will at 9:00 PM No comments: Arlo Guthrie was born July 10, 1947 in Brooklyn, New York.  He has no connection to the area by birth, but is playing a concert at the American Theatre in Phoebus (Hampton) next Wednesday and Thursday night.  Son of famous folk singer Woody Guthrie, Arlo had several hits of his own during the 60s-70s anti-Vietnam war era.  Sadly, this great musician's work isn't played much in Hampton Roads, with the exception of Guthrie's most famous song, the 18+ minute "Alice's Restaurant," being played at yearly at noon on Thanksgiving day on 106.9 The Fox.  His other hits include, "Coming into Los Angeles," "The Motorcycle Song," and my personal favorite, "City of New Orleans,"   He is a great artist, and one of the few of his era still performing on a regular basis.  If you are interested, ticket prices range from $14 to $33 and can be purchased here.

Here he is singing my personal favorite of his: "The City of New Orleans"
Picture courtesy of Wikipedia and video courtesy of Youtube
Posted by Will at 8:14 PM 1 comment: